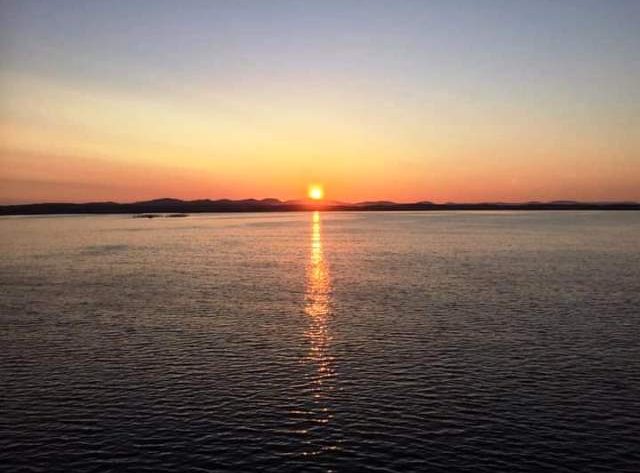 I read through the Dail debate about the Maritime Jurisdiction Bill this week. The debate had been held earlier this month. The government restricted the debate to 45 minutes, Much of that time was focused on the issue of Rockall where Irish fishermen, particularly from Donegal, have been prevented from fishing since Brexit came into effect in January. As I read the discusssion it seemed to me that there was a wider context to the issue of who has rights around Rockall. This involves a 2014 agreement between Ireland and the UK about Rockall where the government continues to dispute UK claims of control and takes the view that rights cannot be claimed around an uninhabited rock in the ocean. But that’s exactly what the UK has done. As far as I can ascertain, the 2014 agreement was not discussed or passed through the Oireachtas. It was introduced as a Statutory Instrument, which allows a Minister to put legislation into effect directly and without debate. The question that arises for me is what effect including that SI within the Maritime Jurisdiction Bill, which appears to be the situation, implies for Irish rights at Rockall. The squid fishery, not subject to EU quotas, is a valuable one there and is now being denied to Irish fishermen. That alone is quite a big economic loss. It is an issue to which the national media should be giving more attention. Losing rights around Rockall could be another loss of Irish natural resource rights, as the traditional Irish rights to fish there are now being challenged.

IT’S YOUR SEA – SAYS GOVERNMENT – BUT IS THERE ENOUGH DEBATE ABOUT MARITIME ISSUES?

You may have heard or seen the government advertisements – ‘It’s Your Sea’ – which draw attention to the Marine Protected Areas proposals for which public submissions are open until next Friday, July 30. These will have big impacts on the seas around Ireland. The government has also announced details of the Maritime Area Planning Bill and said a new body, the Maritime Area Regulatory Authority (Mara) will be set up. There is a lot of concern that legislation about the marine sphere is being rushed without sufficient debate and that this is because the government is focused on achieving more offshore energy development and not seeing enough beyond that. Bearing in mind what I read through and learned from the debate in the Dáil on the Maritime Jurisdiction Bill, there could be a degree of legitimacy attached to the concern expressed. “It’s Your Sea” is a good thought – but is it?

There is always a lot happening on the maritime sphere, which we cover as widely as possible on the MARITIME IRELAND RADIO SHOW. For the next programme, Episode 18, I’m working on the changes in sea temperatures and whether, as new fish species arrive in Irish waters, indigenous species may be forced away. We’ll also be looking at cyber crime and the effects that it can have on maritime transport and – would you live on a houseboat – a possible solution to the housing crisis? Those are just a few of the topics……. Your views are most welcome. Email: maritimeirelandradioshow and/or record your message for broadcast and send it to me.