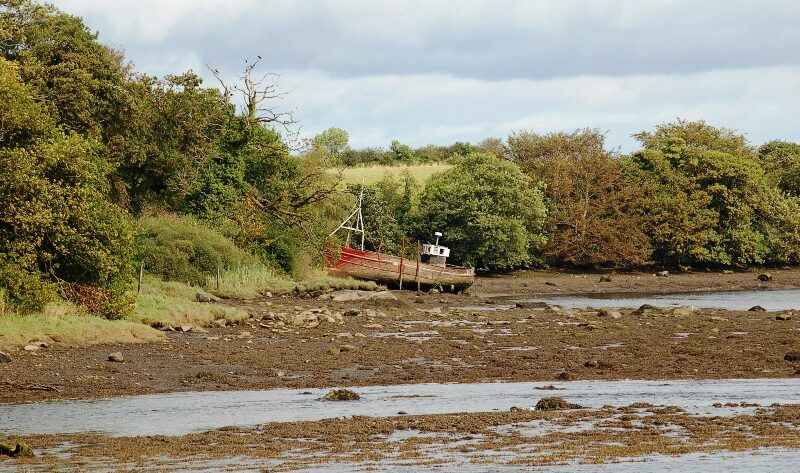 The Coast Guard has been a lot in the News this week, with the publication of the report into the R116 helicopter crash and the deaths of the crew of four and, separately, the decision of Coast Guard management to “stand down” the Doolin Unit in County Clare after the resignation of six volunteers which included the Officer-in-Charge. This was the Unit of which Volunteer Catriona Lucas was a member when she died in a search for a missing man in Kilkee it 2016. It also came after the formation of the Irish Coast Guard Volunteers Representative Association, the first time there has been such an organisation to represent Volunteers who provide the operational core of the Coast Guard. Eleven Volunteers remained in the Doolin Unit after the resignations. There have been allegations made for some time about personnel difficulties in Coast Guard Units at several locations around the country and of disagreements between Volunteers and management.“Personnel issues are the worst failing in the Coast Guard. It’s like a blind spot,” according to the Chairman of the new Volunteers Representative Association, John O’Mahony. Why he maintains this, he outlines in the new edition of the Maritime Ireland Radio Show & Podcast which will be issued this Monday, November 8.The new group does not want confrontation, he says, “but management has not listened to the concerns of Volunteers and has acted against them.”

MY CHOICE OF THE WEEK’S MARINE STORIES

1 – Statistics were issued by the fishing industry, described as “shocking” which showed how the EU’s Common Fisheries Policy discriminates against the Irish fishing industry, allowing bigger nations to dominate catches. See statistics table.

2 – The UK and France intensified their disagreements about French boats fishing off the Channel Islands. What the media reporting does not reveal is that France is now faced with an issue of historical fishing records, which is the issue it used against Ireland to secure bigger fishing rights than Irish boats in Irish waters when Ireland entered the EU. It claimed that Ireland did not have a historical record of fishing in its own waters. At the time the Irish fleet was composed of smaller, mostly wooden-built boats not capable of fishing offshore. Several fishing tragedies, with loss of life amongst fishermen, led to a Government programme to improve the fishing fleet. France and other EU nations have refused to recognise this or to renegotiate the Common Fisheries Policy. They insist that it remain based on the historical record when Ireland had a small fleet and small fishing capability.  In the current disagreement with the UK it wants French boats, unable to show a historic record, not to be penalised for that.

3 –   Costa Cruises’ are building a second cruise vessel powered by LNG (liquefied natural gas). Costa Toscana is a sister ship to Costa Smeralda which the company acquired in 2019. It is due to be delivered in Brazil in December.

4 – An estimated 80,000 farmed salmon worth up to €2.4m. were killed in a toxic plankton bloom off Cork. It hit Mowi Ireland’s fish farm operations in Bantry Bay. An investigation, including by the Marine Institute, is underway, Algal blooms can occur when phytoplankton, which are tiny microscopic plants, grow quickly in large quantities while producing toxic or harmful effects for people, fish, shellfish, marine mammals and birds. Blooms are a natural occurrence in the water. A few months ago on the Maritime Ireland Radio show the Marine Institute warned of the probable dangers from algal blooms in Irish waters