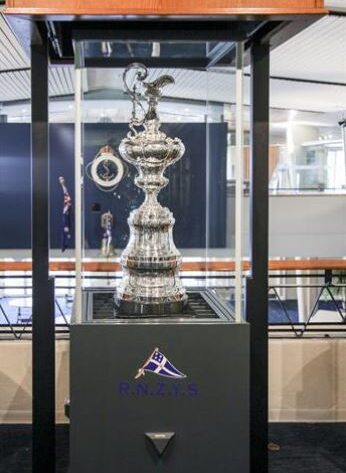 A piece of sailing nonsense was revealed this week in documents circulated within Government circles by those trying to gain financial support for the America’s Cup to be held in Cork. They described the event as “the pinnacle of sailing and maritime sport.”

It is no such thing.The America’s Cup is an exclusive competition limited to a few countries, requiring enormous amounts of money to take part or to be the event’s location. The current search for a 2024 location in 2024 is looking for  where the most money will come from.

Leading sailing commentator, WM Nixon’s, analysis on the national sailing website, Afloat, says: “The small though powerful group of project promoters in and around the Southern Capital were so bedazzled by their own vision that it seemed they’d done insufficient groundwork with the rest of the country. Ireland was somewhat bemused to find that the Rebel County assumed the rest of Ireland would joyfully join them in divvying up at least €150 million in hitherto unplanned infrastructural spend in order to accommodate the event.”

Long-time core supporter of the AC, the New York Yacht Club, has pulled out of the event. If the Irish Government has “hundreds of millions” which the AC organisers want, it could be used to provide better long-term benefits for sailing as “a sport for all” the declared national target.. These would include public marinas around the coast. stronger support for Irish events such as the Round Ireland Race, better backing for Irish international sailing teams, such as at the Olympics –  also in 2024 which appears to be overlooked by AC supporters – and more support for youth development.

The “pinnacle of sailing” is better applied to the Round the World Race, where Irish sailors, such as Cork’s own Justin Slattery and Damian Foxall from Kerry, have been winners and also to achievements of Irish sailors at international level in both keelboats and dinghies.

This week the Protocol of the 37th America’s Cup to be sailed in 2024 and for which Cork has been named as a possible venue, was releasedby the Defender, the Royal New Zealand Yacht Squadron and Emirates Team New Zealand and the Challenger of Record – Royal Yacht Squadron Ltd and their representative team INEOS Britannia. It stated that no venue would be announce d until March of next year. Then this weekend the Royal New Zealand Yacht confirmed it had received a request to hold a Special General Meeting to consider amending the club rules requiring “…that the America’s Cup shall always be defended in the waters adjacent to the City of Auckland”. This came from an Honorary Member named as Jim Farmer who would not be entitle to vote ont he motion under the RNZYS rules. Also, a minimum of 25 Full members must sign the petition. RNYZS Commodore Aaron Young said they were “disappointed” at the requestbyt would confirm a special general meeting date as soon as possible. Covid 19 restrictions in New Zealand could affect a date. Meantime a group int he Irish Department of Sport is xcontinuing to examine cost/benefit analysis of the proposal of Cork as a venue. Substantial costs and legal issues could increase costs liability. This examination of cost/benefit is not to decide on a bid but whether there is valid reason for Ireland to do so, given the csots which could accrue, I understand.