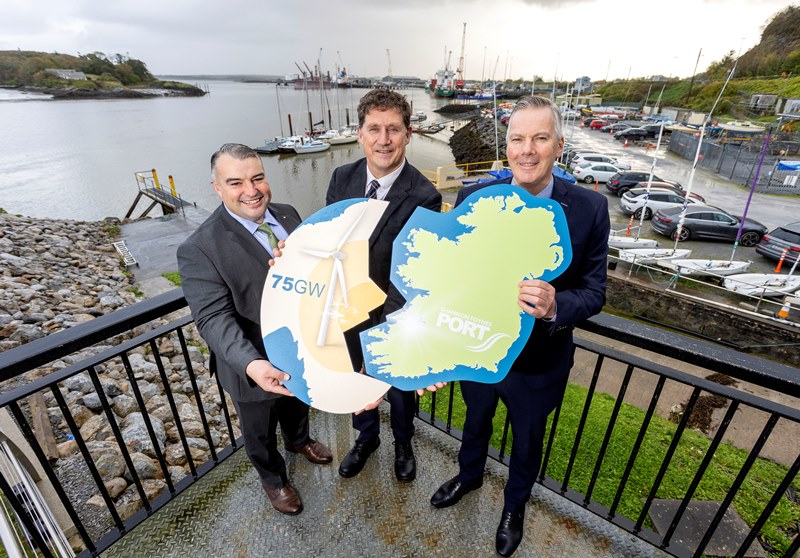 The deep waters of the Shannon Estuary and its proximity to the Atlantic are amongst the claims made by Shannon Foynes Port to the premier location in Europe to develop the Atlantic floating offshore wind industry. Shannon Foynes Port says it is on course to become an international floating offshore wind energy hub. This is confirmed by global experts Bechtel in a review of the Port Company’s Vision 2041 masterplan, according to Chief Executive, Pat Keating. “At peak, up to 120 floating turbines would be installed offshore per year. The economic impacts would also be far reaching with thousands of jobs created and billions of euros invested in supply chain and route-to-market infrastructure and facilities around the region.”  Four core facilities would be required: turbine integration and pre-commissioning at Foynes Deepwater Port; substructure assembly at Moneypoint; wet storage at various locations within the Estuary; Operations & Maintenance base at the Port of Foynes. The full report can be downloaded at: Vision 2041 Link. It was launched by Environment Minister Eamon Ryan.

LNG or Ammonia for shipping?

Is LNG the future of shipping? Brittany Ferries operated the first LNG-powered passenger ferry from Ireland this week. The Salamanca sailed from Rosslare Europort on her maiden voyage to Bilbao. The companydescribed it as “a progressive step to greener international passenger #travel in Ireland.”  In the same week, Finnish shipbuilder, Meyer Turku, on Wednesday delivered the liquefied natural gas (LNG) fueled cruise ship Carnival Celebration to Carnival Cruise Line. Her first cruise departure, from Southampton, was shceduled within days of the handover. “She represents the culmination of our company’s 50th Birthday while also shining a light on our bright future with so much more excitement to come,” said Christine Duffy, president of Carnival Cruise Line. But – could Ammonia be preferred to LNG? Contrasting with the interest in LNG, the International Energy Agency (IEA), predicted that Ammonia will be shipping’s dominant fuel by 2050. In its World Energy Outlook 2022 the Paris-based agency forecast that ammonia would provide around 45% of demand for shipping fuel by 2050. Bioenergy and hydrogen would each meet a further 20% of demand, with the use of hydrogen in particular focused on short‐ to mid‐range operations. Electricity will play a minor role focused on meeting demand from small ships and cruise ferries used for short‐distance operations, the IEA suggested. Oil will still constitute almost 15% of shipping fuel demand by 2050, it said.

David Sinnott who was appointed as CEO at Port of Waterford in August commenced his role at Waterford Port this week. The port, which describes itself as “the closest Irish bulk port to mainland Europe” has its base at Belview Port on the River Suir. It is in a strong financial position after reporting operating profits in July for the financial year of €1.1 million, up from the €0.7 million recorded in 2020. Turnover was €7.7m (2020: €7.2m) and shareholder’s funds ended the year at €34m. Bulk throughput in 2021 came in at 1.7 million tonnes, an 11% increase on 2020, while containers handled remained broadly in line with 2020.

Multi-Million Export Contracts Lost – The Irish Fish Producers and Exporters’ Association said that “multi-million export contracts” were being lost to Ireland because the Minister and Department of Marine were “still refusing to support the Irish fishing industry with a fuel subside as other EU countries have given  tot theirs, with European Commission backing.

New Weekly Service from Cork Port – A new weekly freight service between Cork and northern Spain has been launched. It is being operated by X-Press Feeders connecting Cork with the ports of Bilbao and Gijon. 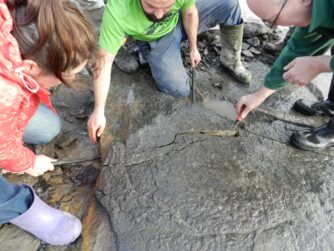 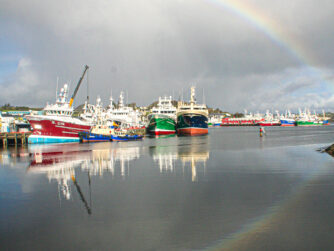 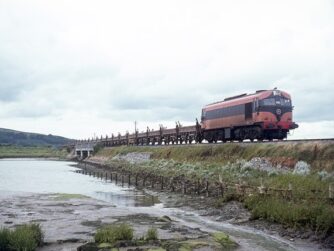 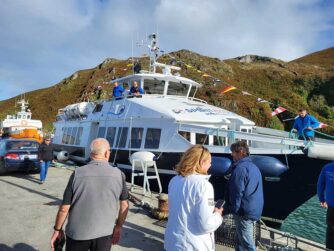