European Commission Must Explain Its Attitude to the Irish fishing industry 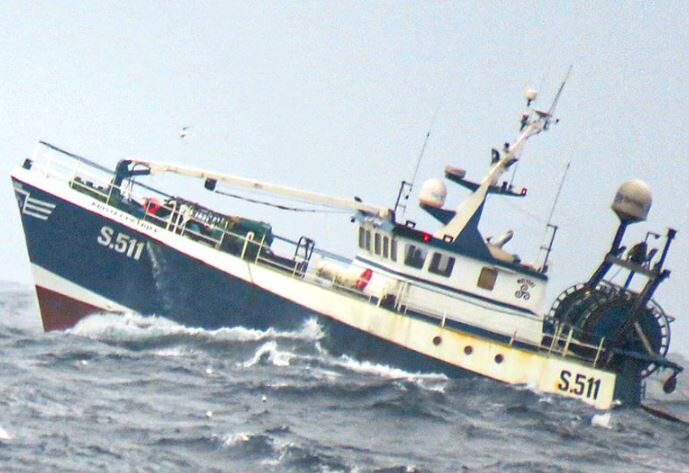 This photograph of the Kristel Patrick on the Porcupine, taken by Donal Healy and published in the MARINE TIMES newspaper shows how tough and challenging is the job of fishermen. It is worth keeping in mind when you buy fish and enjoy seafood. Just for a moment, think about the conditions fishermen endure to catch fish. And then consider why the European Commission continues to treat Irish fishermen so badly and also the failure of the Irish Government to protect the Irish fishing industry. Ireland has the richest fishing grounds in Europe but other EU countries – France, Spain, Belgium, Holland, Portugal, Denmark, Poland take catches from Irish waters that are bigger than the entire quota allowed to the Irish fleet in its own waters. This time last year the Taoiseach, the Minister for the Marine, other Government representatives and the TDs of the Government Coalition parties were all promising that the fishing industry would be protected from the impact of Brexit. They assured the industry that they were giving its best interests the highest level of attention in the on-going EU discussions with the UK for a Brexit deal. They have failed to achieve the ‘burden sharing’ they promised with other European fishing nations bearing a fair share.

No equality has been offered to Irish fishermen in the Brexit fall-out and a further example of this lack of fairness to Irish fishermen has been highlighted by the Chief Executive of the Killybegs Fishermen’s Organisation. Seán O’Donoghue, who has accused the European Commission of “playing the role of judge and jury,” with the Irish fishing industry by refusing to release findings of an audit about fishing practices which concluded in 2018. This report allegedly makes a range of damaging allegations against the industry. “Natural justice assumes an absence of bias and the right to a fair hearing but not for Irish fishermen,” he claimed.

This requires explanation from the European Union.