An Opportunity For Taoiseach And Marine Minister To Redeem Themselves 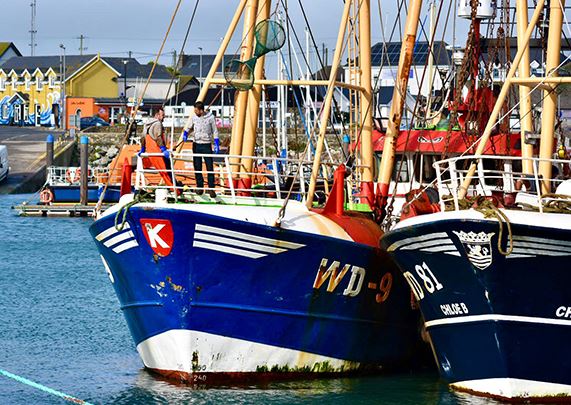 An Opportunity For Taoiseach And Marine Minister To Redeem Themselves

Taoiseach Micheál Martin and Marine Minister Charlie McConalogue have an opportunity in the coming week to redeem themselves for how badly they have failed the fishing industry.

They can do this by “levelling up.”

The Chief Executive of the Irish Fish Processors and Exporters Association, Brendan Byrne, says that, having failed to get other EU nations to “burden share” over Brexit, now is the time for Minister McConalogue and the Irish government to introduce and secure the new concept of “levelling up” when the EU Ministers of Agriculture and Fisheries meet December 12/13 to decide on catches to be allowed to the European fleets in 75 shared stocks in 2022..

This time last year theTaoiseach and Minister  promised that they would defend the Irish industry in the Brexit talks. They did not. Their failure has caused major damage to the industry and is likely to result in many boats and fishermen being forced out of the industry while non/Irish EU nations continue to thrive by using Irish waters in and 85-15 per cent “divvy up” which exploited Ireland in a fashion reminiscent of colonial exploiation.

IFPEA CEO Brendan Byrne has suggested that the Brussels fisheries talks should be used by Ireland to introduce the concept of “levelling up” as the Minister and Taoiseach failed on “burden sharing.”

As the EU has not treated Ireland fairly in the Brexit outcome, when 40 per cent losses were imposed on Ireland, which was the highest on any of the European countries, Mr.Byrne suggests that the approach at this week’s  EU talks should be that in quota allocations for 2022, Ireland should be given a better deal than any other European nation. In other words, a higher quota to Ireland on species crucial to the Irish fleet, than for any other EU nation.

He makes a reasonable suggestion. if Minister MConalogue does not achieve a deal for Ireland better than any other EU nation, it will be another government failure to ensure the future of and protect the irish fishing industry.

The Taoiseach will not be at the meeting but the Marine Minister will. So, will Minister McConalogue face down the EU Ministers whose fleets catch the majority of fish in the rich Irish waters while the Irish fleet is the most restricted – an 85 – 15 per cent take balanced against Ireland.

Taoiseach Martin and Minister McConalogue said they would ensure “equal burden sharing” amongst all EU nations after Brexit. They did not and they appear to be the only Government and Ministers who still  believe that will happen. The other nation have ignored Irish requests.

If Minister MConalogue does not achieve a deal for Ireland better than any other EU nation at this week’s talks it will be another government failure to ensure the future and protection of the irish fishing industry and the coastal communities which depend on it for their economic and sustainable future.

LISTEN TO THE MARITIME IRELAND RADIO SHOW wherever you get your Podcasts – and it is also broadcast on 18 local community radio stations around Ireland on my website https://tommacsweeney marine and www.marinetimes,ie Join the maritime community with your comments, opinions, news, views, send on Email to: maritimeirelandradioshow@gmail.com